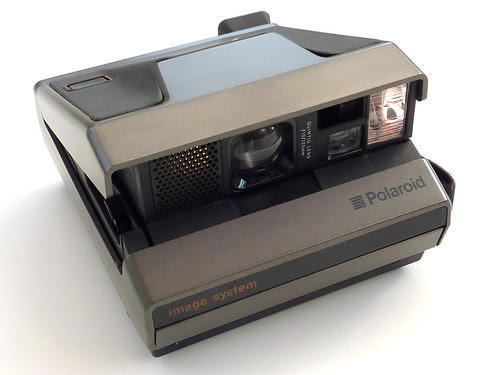 Polaroid Image System, a photo by pho-Tony on Flickr.
This camera was given to me by a work colleague, it came with a set of special effects filters.
In the USA (and probably elsewhere) it was called the "Spectra". Polaroid stopped making film a while ago, but "The Impossible Project" - TIP - has resurected some formats, though they are in a testing stage and not very reliable. I sent off for a pack of PZ 600 Silver Shade, which is a black and white film in a dark coloured mount. I took a test shot when I first got the film back in January, but as the film needs warm conditions to work properly, I have waited to use the rest until the "summer".
Posted by pho-Tony at 21:31