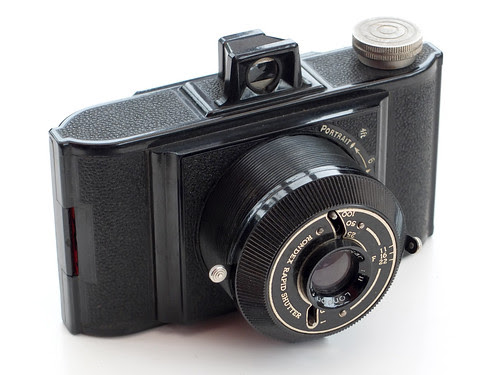 Wembley Sports Camera, a photo by pho-Tony on Flickr.
This is the second week of the London 2012 Olympics. In 1948 the London Olympics were centred on Wembley Stadium, this Bakelite camera from the early 1950s seemed like a good one to choose for this week.
It takes 6x9cm photos on 120 film, there are 3 shutter speeds and 3 apertures, zone focussing is achieved using the helical lens mount, which also allows the lens to retract into the body when not in use.
I've put a roll of Kodak Porta film in it.
Posted by pho-Tony at 10:17